This prestigious academic institute is established close to Abrahams Herberge. Its Aramaic name translates to “Little girl, get up”.  Among others, it includes a kindergarten, an elementary through graduation school, a girls’ boarding school as well as a guest house. Founded in 1851 by the Kaiserswerther diaconal sisters, it is the oldest school in Palestine. Since 1975, the Berlin Missionswerk has taken over the sponsorship for this institute.

At this monastery, Salesian padres lead a theological seminary. It is also well known for its wine, which is cultivated by Salesian monks, who run the adjoining farm. You can easily walk there from Abrahams Herberge. Many visitors take home several bottles of the popular wine.

Five kilometers South of Bethlehem, next to the street to Hebron, are three lakes surrounded by tall spruces. They originated in the era of King Solomon (950 BC). The Bible tells that Solomon had them created for his 1000 wives to bathe in.

The pools once were part of a water supply system for Jerusalem. Herod the Great had the waters lead through an aqueduct to Herodion and probably also to the capital. During the reign of the Turks, the water was lead through a 10-centimeter thick pipe to Jerusalem.

Town Tour with a View

You definitely get the best view of Jerusalem by walking uphill from Abrahams Herberge.  On the righthand side at the hill’s peak, lies the café and restaurant “Dejavú”. Here, after a quite exhausting walk, you will be rewarded with a fantastic view of Western Jerusualem. Spanish architect Calatrave’s bridge, which was inaugurated in 2008 and is commonly called “white harp”, stunningly presents itself in the distance.

Close to the main highway from Jerusalem to Bethlehem, you can see Rachel’s Cupola, the graveside of Jacob’s beloved wife. The plain building currently holding the tomb was built by the Turks in 1620. This grave is one of the few sites equally worshipped by Muslims, Christians, and Jews, since it shares the exact same tradition in all three religions.

This spectacular fortress was built by Herod the Great after his victory over Antigonus in 42 BC. It lies amidst the wilderness of the Judean Desert, ten kilometers East of Beit Jala. After an occupation in the Byzantine era, the site was taken and destroyed by the Romans. Recent disinterment revealed the fortress’s remains. Beside the historical dimension, Herodion also provides a spectacular view towards the inner countryside.

Tradition has it, that shepherds in the valley near the town of Beit Sahour were the first to learn about the birth of Christ. The exact location where God’s angel revealed itself to the shepherds remains unknown.  Pilgrims can visit either the Orthodox or Catholic sites.

Lifegate is an institution for physically and mentally handicapped children and adolescents. Palestinian and German employees take care of young people in this facility.  Lifegate in Beit Jala belongs to the rehabilitation network of Palestine.  www.lifegate-reha.de

The Caritas Baby Hospital in Bethlehem is regarded as one of the most modern children’s hospitals in the area. Every year, about 35.000 infants are provided with medical care – regardless of religion, nationality and social status. www.kinderhilfe-bethlehem.de

Hiking in the Holy Land

Most visitors of the Holy Land are not likely to have enough time to discover the country for example by foot or on a bike besides all the sightseeing. The “agenda” for one week is rather limited to the world famous attractions - and one usually doesn’t even manage to see them all.

So it’s time to think about getting to know the wonderful country using a different way. Israel and Palestina are no inside tips when it comes to hiking. On the contrary, the landscape’s range of variety within short distance makes it very attractive.

The so-called “Jesus Trail”, a 65 kilometre path following his traces through Galilee, from Nazareth to Kapernaum, is one of the most famous trails for pilgrims. While it was just an inside tip a few years ago, the people responsable for tourism have developed a well-marked route, that is manageable to walk in just a few days. Still, one can feel far from civilisation while hiking through the fertile hilly land. There is a lot of useful information on

Hiking from the East and West to Jerusalem promises a more adventurous character and is also far more tiring. Starting from Latrun, it is a constant uphill-walk until the edge of the capital near Abu Gosh. For this trip, several stages with overnight stays would be planned.

Even more spectacular is a hike from Kibbuz Almog through the Judean desert as well as through a part of the Wady Kelt towards Jerusalem.

This biblical landscape park close to Tel Aviv next to the motorway 1 towards Jerusalem promises pure nature. Already established in 1970, today visitors can be marvelled by a sumptuous variety of flowers, plants and trees on around 2,5 square kilometres. Christian tourist parties can get to know almost every plant mentioned in the Bible. In addition to that, there are a lot of exhibits of tools that were used at that time.

There is a informative addition to the holocaust memorial Yad Vashem for politically historically interested visitors: In Western Galilee, between Akko and Naharija, lies the “Ghetto Fighters’ House”, which was founded by holocaust survivors in 1949. Some of them were former underground fighters in the Warsaw Ghetto, who contributed to the uprising. The Museum documents the persecution of the Jews during the 20th century in an impressive manner. In 1995, the museum for children was added to the already existing complex.

Western Jerusalem - it needn’t always be
the Old Town

The abundance of “classic” sights in the old part of the town and its immediate surrounding often don’t leave any time to see other parts of Jerusalem. But for example a walk around the lively “Mahane Yehuda Market“ is really worth a visit. There is so much to see and buy; two or three hours can pass real quick.

A special experience to see Jerusalem from a whole other perspective is a ride on the modern metropolitan railway that was established in 2011. 14 kilometres lead from Pisgat to Mount Herzl in the Southwest.

Visitors looking for nice dinner restaurants or to experience the nightlife of the capital will definitely find what they are looking for around “Jaffa Street”. 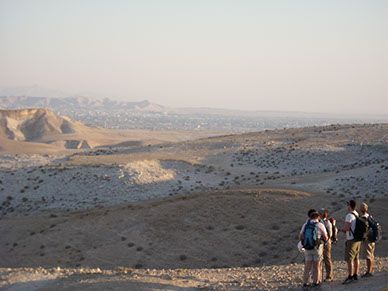 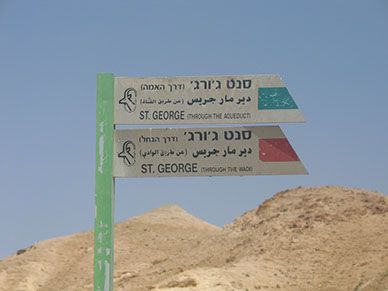 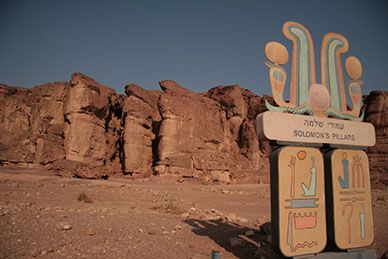 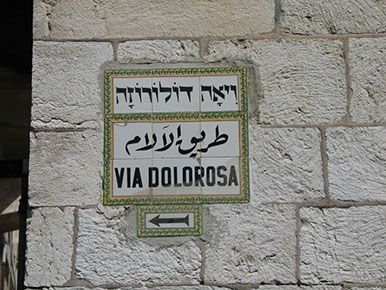 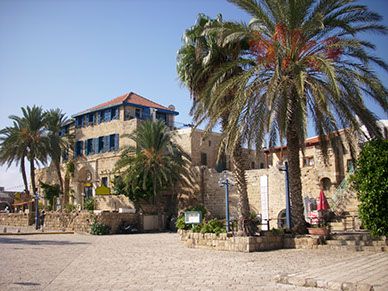 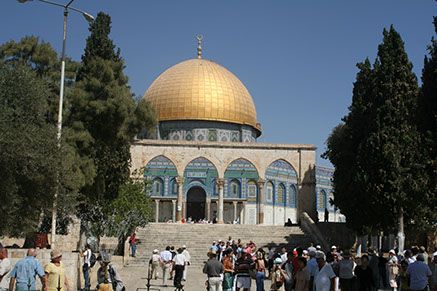 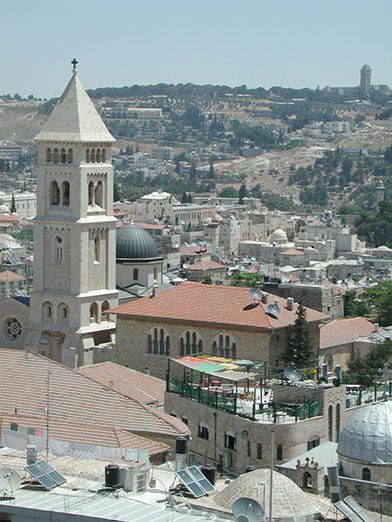